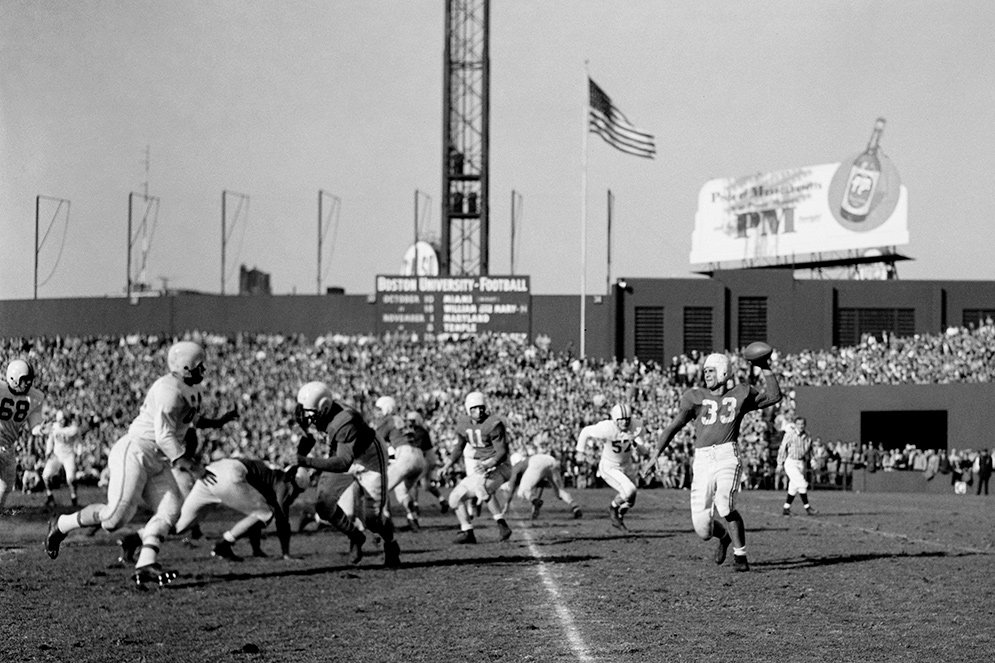 Harry Agganis (SED’54) was BU’s first All-American in football and was also a baseball standout. Nicknamed “the Golden Greek,” he racked up 15 school records and was twice named BU Athlete of the Year. He was inducted into BU’s Athletic Hall of Fame and his number 33 jersey retired immediately after he graduated. Drafted by football’s Cleveland Browns in 1952, Agganis chose instead to sign with the Boston Red Sox in 1954. The day he graduated from BU, he hit a game-winning home run against the Detroit Tigers at Fenway Park, then headed up Commonwealth Avenue to receive his diploma. He was batting cleanup after Ted Williams and hitting .313 when he died in May 1955 after contracting pneumonia and developing a pulmonary embolism. He was 26. BU’s 290,000-square-foot athletic complex was named in his honor when it was dedicated in 2004. Agganis (above) drops back to pass in a 34-7 BU loss to Maryland at Fenway Park in November 1952. Photo by BU Photography

Among the approximately 312,000 graduates of Boston University are a number of men and women who have distinguished themselves in their chosen profession. Writers. Statesmen. Journalists. Scientists. Theologians. Actors. Each week this summer, we’re bringing you photos of five of these notable alums.

This week we feature five athletes whose exceptional prowess helped them break records at BU before going on to professional careers in their sport. 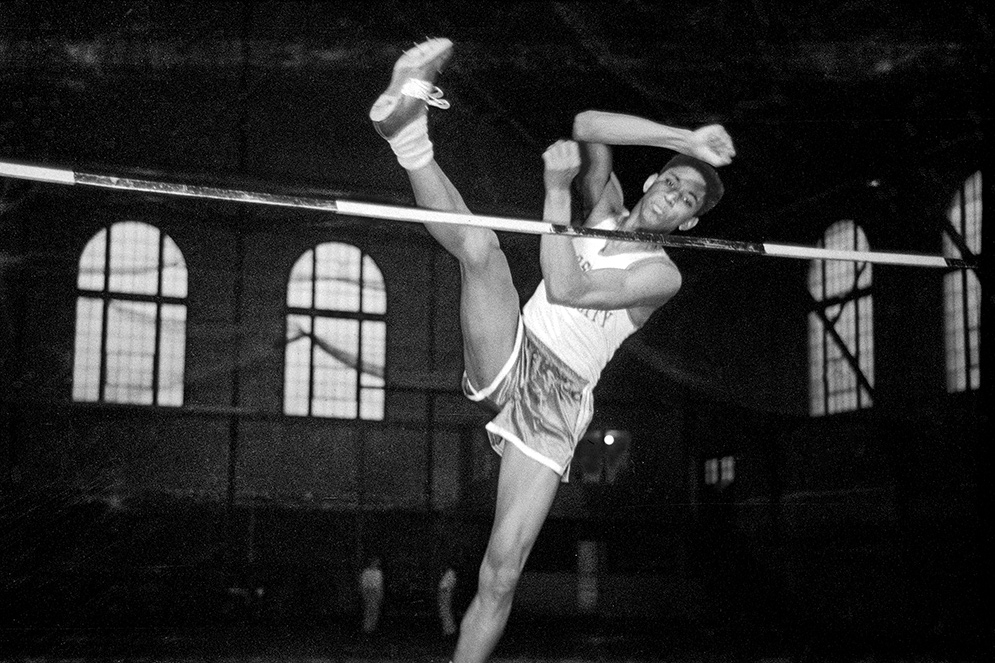 John Thomas (SED’63), one of the most distinguished members of BU’s track and field program, set the world outdoor high jump record in 1960, jumping 7 feet, 3¾ inches. He went on to break the outdoor record twice more and was the NCAA high jump champion during all four years at BU. He won a bronze medal at the 1960 Olympics and a silver at the 1964 Olympics and was inducted into the BU Athletic Hall of Fame in 1968 and the USA Track & Field Hall of Fame in 1985. Thomas died in 2013, at age 71. Thomas (above) at a meet at Tufts University in 1959. Photo by BU Photography 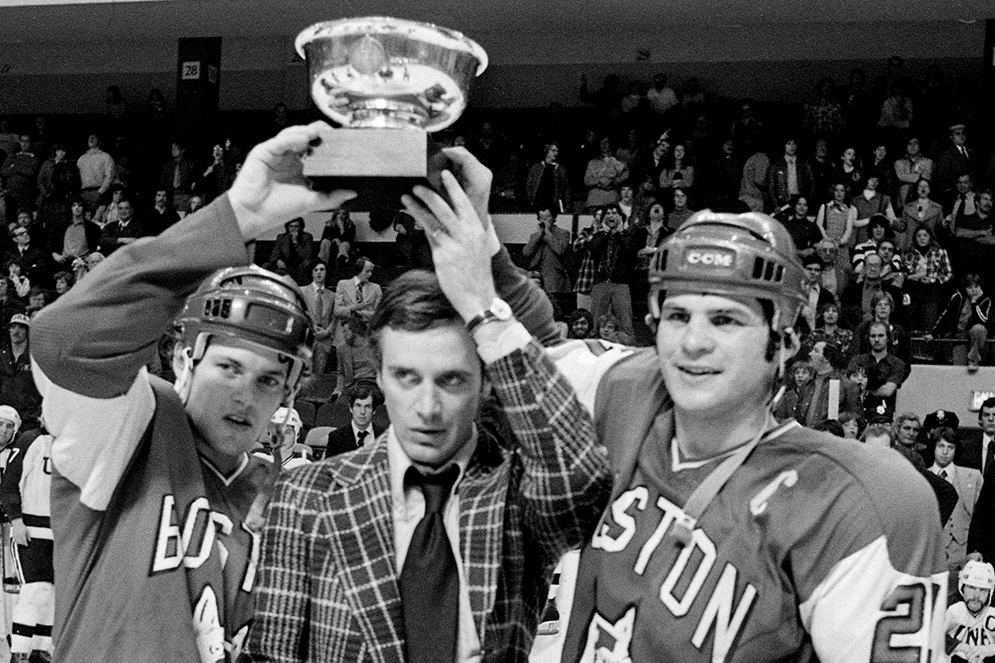 Mike Eruzione (SED’77) helped lead the BU men’s ice hockey team to four ECAC titles before captaining the 1980 US Olympic hockey team, which won the gold in Lake Placid, N.Y. His goal against the Soviet Union in the semifinals to clinch the “Miracle on Ice” victory remains one of the most iconic sports moments of all time. Eruzione is now director of special outreach for BU Athletics and does charity work and public speaking. Eruzione (above, right) with Terrier teammate Rick Meagher (SED’77) (left) and former men’s hockey coach Jack Parker (Questrom’68, Hon.’97), after the team won the ECAC Championship at the Boston Garden, March 12, 1977. Photo by BU Photography 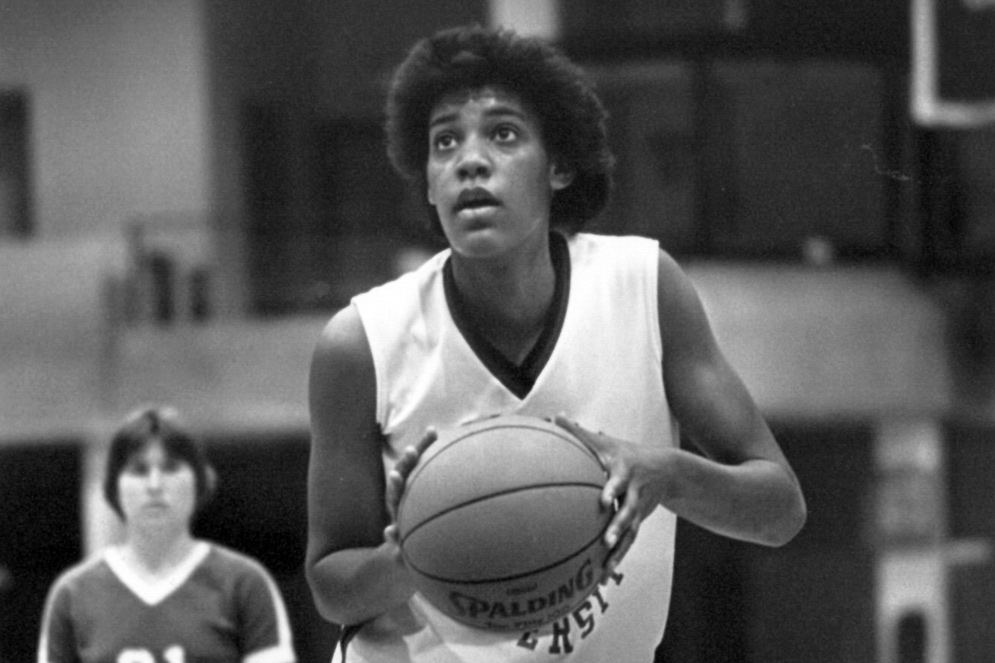 Debbie Miller (Palmore) (SED’81) was a starting member of the women’s basketball team from 1977 to 1981. She led the team in scoring, rebounding, and every other offensive category and earned the team MVP trophy each year she played. She was the first female Terrier to score 1,000 points, accruing a remarkable 1,864 points during her BU career, and was inducted into the BU Athletic Hall of Fame in 1986. Miller was a member of the US Olympic women’s basketball team in 1980, played professionally in Europe and South America, helped to pioneer the American Basketball League, and was general manager of the Atlanta Glory. She is the founder of Top of the Key, a provider of basketball training, camps, and clinics for players and coaches. Miller (above) in 1980. Photo by BU Athletics 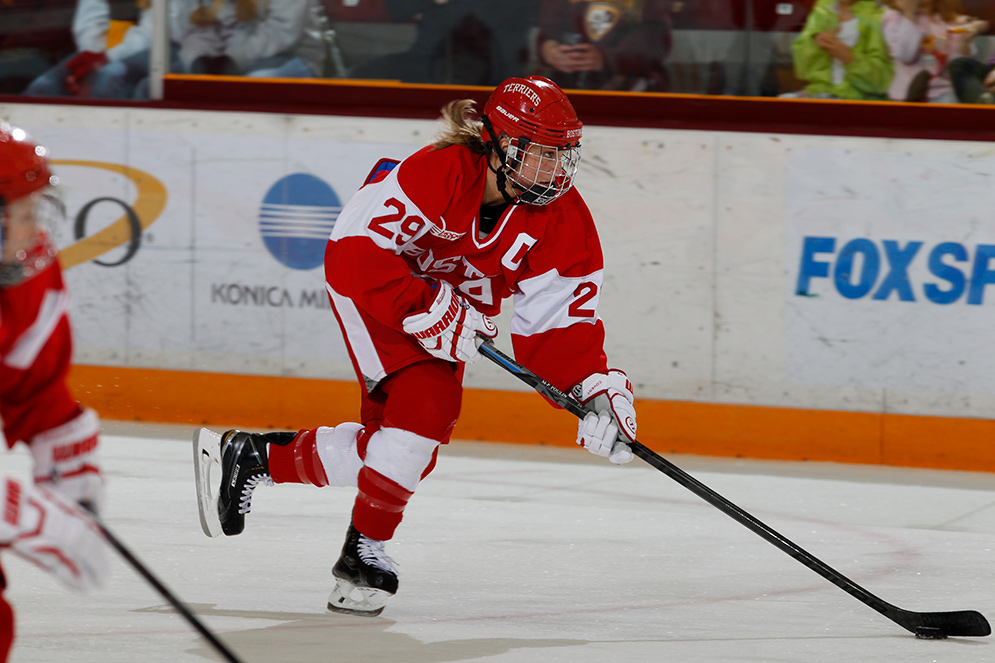 Marie-Philip Poulin (CAS’15) is a two-time Canadian Olympic gold medalist, scoring both goals in the 2-1 win over the United States in the gold medal game at Vancouver in 2010 and the tying goal and the game-winning goal in overtime against the United States at Sochi in 2014. As a member of the BU women’s ice hockey team, she was the program’s all-time leader in goals (81), assists (100), and points (181). She helped lead BU to NCAA Championship games in 2011 and 2013 and today plays for Les Canadiennes of the Canadian Women’s Hockey League. Poulin (above) during a game in October 2014. Photo by Eric Miller