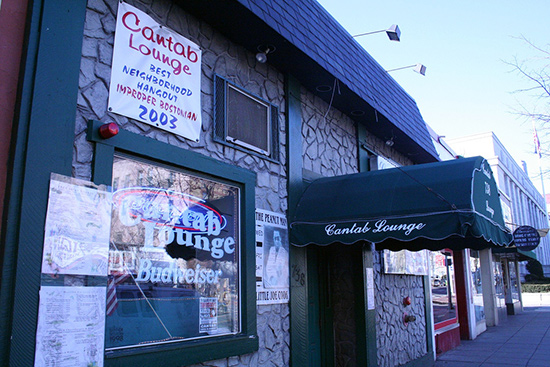 Fans of country bluegrass, the Cantab Lounge has you covered. Tonight, and every Tuesday night,  the Central Square venue hosts its weekly Bluegrass Pickin’ Party, beginning at 8 p.m. Admission is free, but the venue suggests a $7 donation to benefit the evening’s featured performer.

The popular event draws some of the region’s finest bluegrass performers: among those who have performed are the James King Band, Jim & Jennie & the Pinetops, and the Matt Glaser All Stars, headed by Glaser, the former long-time chair of the Berklee College of Music string department.

The festivities begin with informal pickin’ from 8 to 10 p.m. by members of the audience. At 10 the week’s featured band takes over to play a 50-minute set, and informal pickin’ returns until closing time at 12:45 a.m.

The Cantab serves traditional tavern fare, including Buffalo wings, burgers, and nachos, as well as a full bar. Be advised, the bar is cash only and the lounge itself is 21+.

The Cantab Lounge, 738 Mass Ave, Central Square, Cambridge, hosts its weekly Bluegrass Pickin’ Party every Tuesday night at 8 p.m. Admission is free, but a $7 donation is encouraged. The event is open to performers and fans alike. Food and drink are available, cash only. Take an MBTA Red Line train to Central Square.

Bluegrass Pickin’ Party Tonight at the Cantab Lounge
0
share this