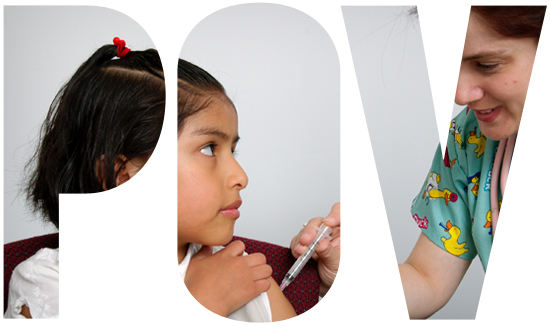 The large ongoing measles outbreak linked to Disneyland in California is a topic of discussion in nearly every newspaper, news blog, and other journalistic outlet across the country, as well as on personal blogs and websites that either support or negate the value of vaccination. At last count, there were 121 cases of measles in 17 states and the District of Columbia, and 80 percent occurred among unvaccinated individuals. Although it’s difficult to keep up with the constant flow of new material, the main story is about vaccination—are you for it, or against it? This type of coverage may have the unintended effect of confusing vaccine-hesitant parents by exaggerating the true size of the antivaccination movement and by giving potentially confused parents reason to believe that choosing whether or not to vaccinate their child is an important controversy worthy of debate. It’s not. Nothing about vaccination is controversial.

Here are the facts:

Vaccine-preventable diseases are dangerous. Prior to widespread childhood vaccination, measles infected three to four million people in the United States every year; this is approximately 100 times the population of the Boston University student body. Among those infected, 500 died, 48,000 were hospitalized, and 1,000 had permanent brain damage from measles encephalitis annually. Worldwide, 146,000 people still die from the disease each year.

Vaccination is safe. US federal laws require extensive clinical testing before a vaccine is licensed, and vaccines cannot be licensed unless their potential benefits clearly outweigh their risks. Once in use, the Centers for Disease Control and Prevention (CDC), the US Food and Drug Administration (FDA), and independent researchers continually monitor vaccinated individuals to ascertain previously unseen rare reactions or increases in known reactions and to identify individual vaccine lots with unusual events. If a problem is detected, the CDC and the FDA initiate decisive action such as immediate withdrawal of a vaccine recommendation, as was done in 1998 following the identification of a small, but larger than expected, number of cases of a rare side effect known as intussusception less than a year after the introduction of a new rotavirus vaccine.

Vaccination is effective. Measles, mumps, and rubella (MMR) vaccination is 97 percent effective against development of measles. Since the introduction of measles vaccine in the United States in 1963, there has been a 99 percent decline in the incidence of measles and a 100 percent decline in measles deaths due to the combined effects of individual vaccination and the herd immunity that has been afforded to those who are too young or too ill to be vaccinated. Until recently, there were only 50 to 100 measles cases per year in the United States, and all of these cases were attributed to importation of measles from other countries.

The American public is overwhelmingly in favor of vaccination. For the past 15 years, the United States has consistently achieved or exceeded the public health target of 90 percent vaccination for each of the recommended childhood vaccines. At the start of the 2013–14 school year, 95 percent of kindergartners were appropriately vaccinated against measles, and only 1.7 percent of children had evidence of a nonmedical vaccine exemption. In a study based on a nationally representative sample of parents of two-to-three-year-old toddlers, even parents who chose to follow a delayed vaccine schedule showed strong support for vaccination: 95 percent of parents who delayed at least one of their child’s vaccines believed that “vaccines are necessary to protect the health of children.”

Meaningful research that specifically addresses the needs of vaccine-hesitant parents is just beginning, and in a few years we will know more. In the meantime, there are reports suggesting that constant attention on vaccine refusers may lead vaccine-hesitant parents to wrongly infer that the antivaccination movement is mainstream. But it’s not. In order for this message to be heard, we need to refrain from participating in relentless debates that often include trading insults with semianonymous online commentators and to instead engage in respectful conversations with our family, our friends, and the occasional random acquaintance who exists in our social network. As we engage in conversation, we should remember that vaccination is not controversial, but how we perceive what we are told about vaccination can be.

POV: It’s Time to Take the Controversy Out of Vaccination

There are 14 comments on POV: It’s Time to Take the Controversy Out of Vaccination

POV: It’s Time to Take the Controversy Out of Vaccination
14
share this