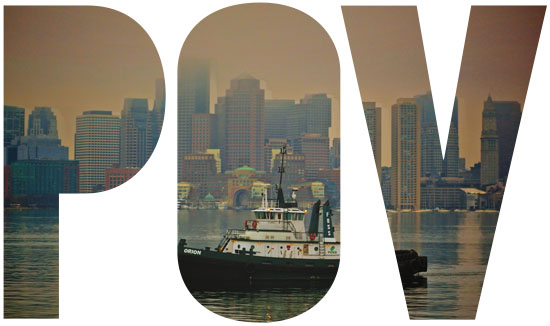 Let’s see, whom haven’t we heard from on this 2024 Olympics bid for Boston? Could it be that we have not fielded questions from the very force we depend upon each day of our individual, family, community, governmental, and corporate lives—Earth?

If the complex body in space that is our only and ultimate home could provide a list of questions, albeit some rhetorical, to Olympics proponents, I wonder if it would read like this:

First and foremost, what will be the estimated amount of greenhouse gas carbon emissions from the construction, renovation, and implementation projected for the Olympics, as well as the transition back to non-Olympics existence? How will this Olympics contribute to a healthier relationship between human beings and me, especially as human behaviors and policies in the last 160 years have pretty much taken me for granted and severely altered the very temperature thermostat upon which all of us depend? How will this event roll back the “growth mentality” entrenched in your economic system, given that it is completely unsustainable on a finite planet and does not mirror the successful practices of thousands of other species in the biosphere?

Authoritative studies show Boston to be among the many coastal cities of the world in severe danger from human-influenced climate change. How will this proposed Olympics help alleviate, or at least avoid contributing to, this well-researched security threat? With a massive influx of people to your city prior to, during, and after this event, how will important biodiversity in the region be protected? How will damage to ecosystems, shorelines, and fish populations along the shores be contained? How will you guard against unwanted depletion and prioritize the salvation of key food chains?

There are a number of cities seeking these Olympics whose policies and practices are far friendlier to me than yours thus far, such as Hamburg, Germany. How can you compete with such a future-conscious city, already committed to substantial renewable energy, efficient transportation, auto use reduction, major recycling and reuse, and international forest protection? Human practices are separating you not only from me, but from members of your own species, often based on various shades of skin pigment. How can you ensure that this event will not mean a rise in costs for housing, food, dining, water, and sewage that would injure those who are least able to pay? Is there any chance that your children and your children’s children will wonder what you were thinking by prioritizing an energy-devouring, fossil fuel–burning mega event at a time when you need behaviors that model more simplicity, efficiency, and real consideration of how there can be a healthy, home-conscious future?

Given that these would be summer Olympics and that many of the last 20 summers have been among the hottest and driest on record in the United States, can’t we expect exceptionally high energy usage, with corresponding carbon dioxide emissions through massive air conditioner use? Boston recycles about 20 to 30 percent of its residential waste, with many citizens not participating and government policy, while making efforts, still ineffective as compared to cities like Seattle and San Jose, which are at more than 60 percent. Is it a fair assumption that your Olympics will mean far more trash heading into my upper soil layers via your landfills directly and water systems indirectly?

The Earth and its substantially self-regulating systems, of course, cannot directly speak. The Earth “perspective” depends in part on thoughtful and often exhaustive science findings, such as the overwhelming consensus among scientists worldwide that the major impacts of climate change are due to harmful human behaviors and policies. It also depends on what we observe as to how other species function and survive—from bacteria (which are quite complex when you think of their capabilities) to pine trees and butterflies. They live because they are part of, not apart from, fundamental ecological systems—laws if you will. We, however, often operate as lawbreakers, or at least rule-ignorers, somehow above the fray or in our own reality separate from the biosphere.

That said, Earth’s systems are in fact reacting to our follies. It’s well into the time where we must pay close attention and consider the damages of any proposed action on the dynamic home that sustains us. It’s time for those advocating for the 2024 Olympics in Boston to embrace the reality that our well-being and our Earth are closely linked. Having the 2024 Olympics here only reinforces the delusion that humans can do pretty much what they want, even if it means jeopardizing the future. Ignoring the “Boss” is never a good idea, especially when it is expressing itself so clearly to us.

Douglas Zook, director of the School of Education’s Global Ecology Education Initiative, can be reached at dzook@bu.edu.

POV: Earth to Boston Olympics: You Haven’t Polled Me

There are 6 comments on POV: Earth to Boston Olympics: You Haven’t Polled Me

POV: Earth to Boston Olympics: You Haven’t Polled Me
6
share this