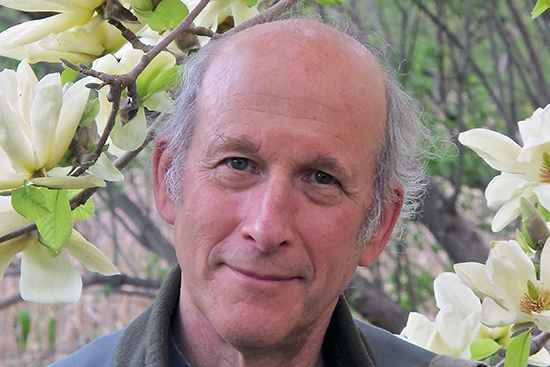 Richard Primack, a CAS professor of biology, is one of 18 international researchers who received a 2015 Alexander von Humboldt Foundation Award. He will work in collaboration with climate change scientists in Germany. Photo by Margaret H. Primack

Climate change researcher Richard Primack has received an Alexander von Humboldt Foundation Award, presented at the foundation’s annual meeting in Berlin June 11. Primack, a College of Arts & Sciences professor of biology, is one of 18 international researchers from a range of academic disciplines recognized by the foundation, which was established and is funded by the government of Germany.

“The award is granted in recognition of a researcher’s entire achievements to date to academics whose fundamental discoveries, new theories, or insights have had a significant impact on their own discipline and who are expected to continue producing cutting-edge achievements in the future,” according to the foundation. Award winners receive approximately $66,000 and are invited to spend up to a year cooperating on a long-term research project with specialist colleagues at a research institution in Germany. The award is named for Alexander von Humboldt, who was born in 1769 and whose work transformed western science in the 19th century. He was described by Charles Darwin as “the greatest scientific traveler who ever lived.”

“The Humboldt Research Award has given me the flexibility to pursue scientific relationships with a wide variety of colleagues across Germany,” says Primack, who has pioneered studies of the effects of climate change in New England. “I was able to start on a number of new collaborative projects and work with German doctoral students in a way that would not have been possible without this award.”

For several years, Primack has been following in the footsteps of Henry David Thoreau in Concord, Mass., chronicling the arrival of spring flora. Thoreau carefully recorded the same details a century and a half ago. Primack has used Thoreau’s records to confirm that leaf-out arrives earlier today than it did then—a measure of the toll of global warming. He’s also comparing his observations on the ground with images of vegetation generated by orbiting sensors on NASA satellites.

The Humboldt Award is not Primack’s first global endeavor. In the past several years, colleagues in other countries have translated his two textbooks on conservation biology. There are now 28 foreign language versions of Essentials of Conservation Biology and A Primer of Conservation Biology, with at least 16 more in production or planning phases.

There are 5 comments on Biologist Primack Wins Humboldt Award