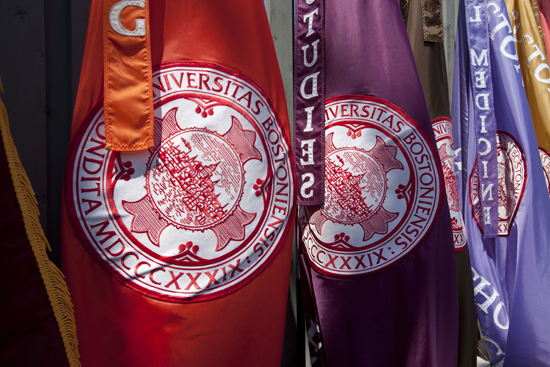 “Last year’s great returns from our endowment are a tribute to the management by our Investment Office and the Investment Committee of our Board of Trustees,” says President Robert A. Brown. Photo by Kalman Zabarsky

As NPR’s Kai Ryssdal would say on Marketplace, cue the happy music.

The University’s $1.5 billion-plus endowment outpaced expectations with a solid preliminary return on investment of 16.7 percent in the last fiscal year, which ended on June 30.

“Last year’s great returns from our endowment are a tribute to the management by our Investment Office and the Investment Committee of our Board of Trustees,” says President Robert A. Brown. “Although still small relative to those of our peers, the endowment is important to the long-term financial stability of the University, giving us the resources to increase the excellence and impact of the University.”

Clarissa Hunnewell, the University’s chief investment officer, says that this was a good year. “A 16.7 percent preliminary return, from a broadly diversified and globally invested portfolio, is great given that our spending guideline is 4 percent. When we earn more than we spend, we increase the purchasing power of the endowment, which can be used to continue to provide stable operational support when we have a tough investment environment in the future.”

Hunnewell says that since she arrived at BU in 2011, she has built on the strengths of her predecessor, Pamela Peedin, who diversified the University’s portfolio while maintaining its growth orientation. Under Hunnewell’s watch, the endowment—whose investments are approved by the Board of Trustees Investment Committee—has grown by more than $400,000,000 thanks to investment performance, the proceeds from the sale of the Hotel Commonwealth in December 2012, and the success of the University’s five-year, $1 billion comprehensive campaign, launched in September 2012.

Moody’s Investors Service raised BU’s bond rating to A1 from A2 in February 2013, signaling its confidence in the University’s ability to pay back borrowed money on time and in full. The upgrade will also help BU realize lower future borrowing costs.

Over the past five years, BU’s endowment has seen a compound growth rate of 12 percent.