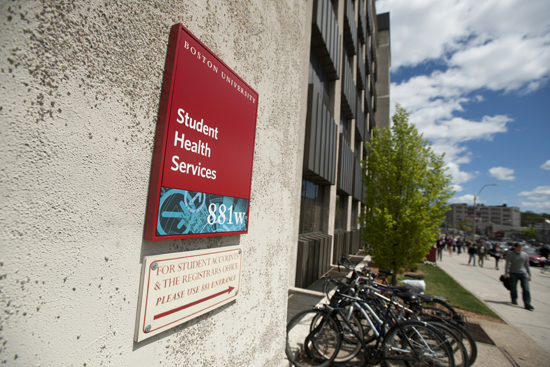 President Robert A. Brown announced today that the University will establish an on-campus crisis center this fall dedicated to sexual assault prevention and survivor support. Photo by Vernon Doucette

President Robert A. Brown announced yesterday that the University will establish an on-campus crisis center this fall, dedicated to sexual assault prevention and support for survivors of sexual assault and other forms of physical abuse, such as hazing.

“We are committed to working to ensure that our academic community is one in which uncivil, violent, or abusive treatment of others is not tolerated,” Brown wrote in a letter to the BU community, “and that we have the appropriate means in place both to reduce the likelihood of such events and to provide strong support to those affected when, despite our best efforts, such events occur.”

The new center will be overseen by Student Health Services, but will be housed at a separate, yet-to-be-determined location. Brown said staffing details for the new center are still under discussion, but there will be at least three full-time clinical staff who are specifically trained in crisis and sexual assault counseling, as well as one full-time nonclinical “prevention specialist” who will help with training, outreach, and referrals.

The president said recent events, which include two alleged sexual assaults by BU men’s ice hockey players, two accounts of alleged hazing, and several dormitory shower peeping incidents this spring, “have lent a focus to our discussions,” about the new center, “but they are not solely responsible for it.”

“I believe that the vitality of our community depends on individual actions and the responsibility we take for ourselves and for others,” Brown wrote in his letter. “Boston University can learn from what we have experienced this spring and become a better community for living and learning.”

Students from the Center for Gender, Sexuality, and Activism (CGSA) had been advocating for an on-campus rape crisis center, but recent events accelerated that push. At least six students contributed to a 30-page proposal for an Assault Response and Prevention Services office and presented it to Brown in April, along with more than 1,200 supporting signatures. Among their requests were prevention services, additional crisis counselors, and mandatory Boston Area Rape Crisis Center training for campus leaders—including coaches, faculty members, and athletes.

“We hope that the new center is going to have a multifaceted approach to both prevention and care,” says Ariana Katz (CAS’12), a CGSA codirector and a proposal author, who celebrated the news by dancing along Comm Ave. “So many people are affected by interpersonal violence in different ways. I hope the new center cares for every type of person who walks into it,” including, she says, those in the LGBTQ community.

In his letter to the community, the president wrote that he is “grateful to members of our community, including members of student groups, who have provided information and insightful suggestions about how we might improve our services.”

In addition to the creation of the new center, Brown said, the University is working to change students’ attitudes toward one another and the kinds of choices they make on a day-to-day basis. During new student orientation last summer, the University introduced “bystander” education, which teaches students warning signs of excessive alcohol use or predatory behavior and how to intervene. The same training will now be required this fall, Brown said in his letter, for officers of student organizations receiving funding from the Student Allocations Board.

“Looking out for each other—intervening in thoughtful, effective ways—is an important piece of civility on campus,” said Brown. “It’s important to know that our BU police are there to help. When a fellow student is in trouble, calling BUPD can make a life-or-death difference.”

“After everything that’s happened this year, it’s necessary,” says Grant Meacham (CFA’15). He says that the new BU center will send a message to the broader community that “we’re trying to take precautions so it doesn’t happen again.”

Hannah Michlmayr (SAR’15), who was in class with Katz and Sarah Merriman (CAS’12), CGSA’s event coordinator and another proposal author, when they heard the news, says she is impressed by the power of activism here. “Students can work with people and actually have a say in what goes on in the community,” she says, “instead of having it dictated to them.”

There are 18 comments on New Crisis Center Planned for Fall