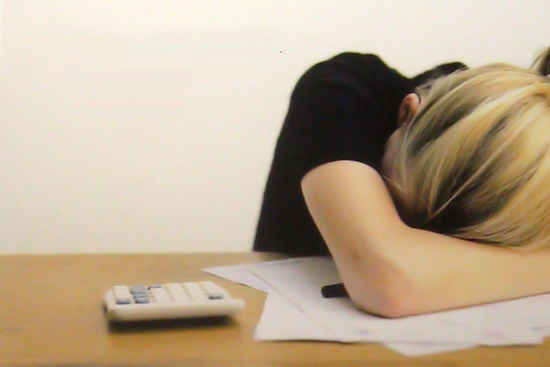 To mark Depression Screening Day, BU will offer confidential screening to students at sites on the Charles River and Medical Campuses.

Depression and anxiety on college campuses have risen dramatically in just the past decade. As many as 41 percent of college-age men and women suffer from clinical depression, according to a 12-year study by Hofstra University. The same study found that the rate of depression among college students climbed 7 percent from 1997 to 2009.

Today has been designated National Depression Screening Day, an annual effort to educate and reach out to college students who may be suffering from clinical depression. To mark the event, BU will offer confidential screening to students at sites across the Charles River and Medical Campuses.

With many cases of depression going undiagnosed and so many students coping with stress, the importance of screening can’t be underestimated, says Margaret Ross, a psychiatrist and director of Behavioral Medicine at BU’s Student Health Services. The 2010 Healthy Minds Study, an annual national online survey of college students conducted by the University of Michigan, revealed that 36 percent of the 1,400 BU respondents thought they needed mental health help during the previous year, but that less than two-thirds had sought assistance.

Behavioral Medicine, along with Sargent College’s Center for Psychiatric Rehabilitation, is staffing today’s four screening sites: the GSU Link, the upstairs atrium at Sargent College, the area near the FitRec snack bar, and the School of Public Health’s Talbot 1 East Building, 715 Albany St., on the Medical Campus. Each site will have private areas for students to speak one-on-one with staff. Screening will be offered from noon to 3 p.m. on the Charles River Campus and from 2 to 6 p.m. on the Medical Campus.

During last year’s screening day, 30 percent of the 216 BU students who participated were referred to treatment. In 2009, 64 students showed up for the screening, and the referral rate was also 30 percent, according to Behavioral Medicine.

Also open to BU faculty and staff, the screening asks people to fill out a one-page anonymous questionnaire, with results reviewed on site by a mental health professional. “It’s not counseling,” says Ross. “It’s an assessment.” Fine-tuned over decades of research and used as a self-test on sites like the Mayo Clinic, the screening tool helps counselors distinguish a student at risk from someone who’s merely having a bad week. Screening organizers are urging all students, not just those with mental health concerns, to fill out the questionnaire.

Students’ replies to the multiple-choice questions can also indicate whether depression is mild or severe. While many students might suffer from sleeplessness, irritability, or reduced appetite, depression is defined by a combination of these and other symptoms. Difficulty falling asleep or staying asleep—or sleeping far too much—is one of the questionnaire’s nine symptoms that in various combinations point to clinical depression. Other symptoms include lack of interest or pleasure in doing things, feeling down or hopeless, fatigue, feeling like you’re a failure or a disappointment to your family, trouble concentrating on reading or watching TV, moving or speaking so slowly others have noticed—or acting fidgety or restless—and thoughts of hurting yourself, or of suicide.

“Maybe what you’re feeling isn’t just homesickness or fatigue,” says Ross. “If these feelings are interfering with your ability to get to class, finish your work, or just enjoy your life, there may be something more serious, but totally treatable, that is gradually taking hold.”

Ross and her colleagues hope that the screening day also helps curb the stigma, easing but still powerful, attached to seeking treatment for mental illness. “Students will go to their peers,” she says. “Many feel ashamed about their depression, or they don’t want their parents to know.” Despite assurances to the contrary, they may worry that visiting Behavioral Medicine, which is free, will cost them money.

“We want students to see depression screening as an aspect of self-care, like having your blood pressure taken,” says Dori Hutchinson, director of services at the Center for Psychiatric Rehabilitation. “We want to promote a community culture of mental wellness.”

As part of that culture, the Center for Psychiatric Rehabilitation is training BU students to be part of a Student Support Network, says Lawrence Kohn, the center’s director of development. “We’ve trained over 120 BU students over the last three semesters,” says Kohn. He cites a recent email from a trainee, saying, “The most important thing the training taught me is how to differentiate between a person who just needs to be heard and a person who needs serious help.”

In addition to providing depression screening for anyone who wants it, BU counselors hope today’s event will enable students in crisis to get the help and encouragement they need.

The screenings are free and confidential, and Behavioral Medicine staff will be on hand to tell students about counseling and other services. Anyone can complete the screening questionnaire and discuss the results with a health professional, who will provide a referral list of clinicians and treatment facilities.

More information about mental health services on campus can be found here.

Confidential support and information about suicide can be found here.

There is 1 comment on National Depression Screening Day Today