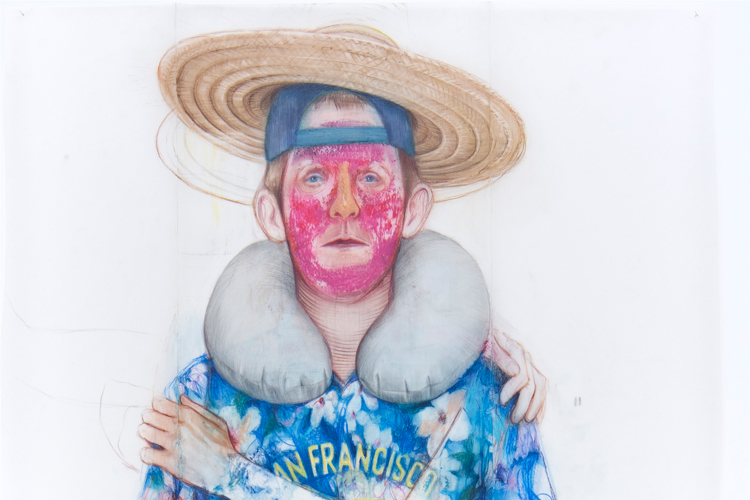 Geoffrey Chadsey’s debut solo exhibition in Boston presents a series of nearly life-size portraits and smaller studies depicting a cast of figures wrought from the far reaches of the Internet and the artist’s imagination. Skillfully drawn on sheets of transparent Mylar using watercolor pencil and crayon, Chadsey renders and shapes his largely male subjects with the exactness of a plastic surgeon. But far from illustrating the chiseled perfection achieved by the scalpel or the gym, his figures are soft and fleshy, shown in discomfiting degrees of undress, sporting extraneous limbs, and questionable fashion choices. Chadsey mines image material for his drawings from social media and portraits of other men posted online. The resulting figures are not representations of a direct or discernible maleness. Rather, they are complex, sometimes humorous amalgams of multiple male personas. Describing what he characterizes as “the non-compliant male body,” Chadsey’s drawings are seductive and destabilizing, portraying a gendered identity that is malleable and fluid.

A conversation with the artist Geoffrey Chadsey

Chadsey was born in Philadelphia, Pennsylvania. In 1989, he received an AB in visual and environmental studies from Harvard University, and in 1995, an MFA in Photography and Drawing from California College of the Arts. http://geoffreychadsey.com/ 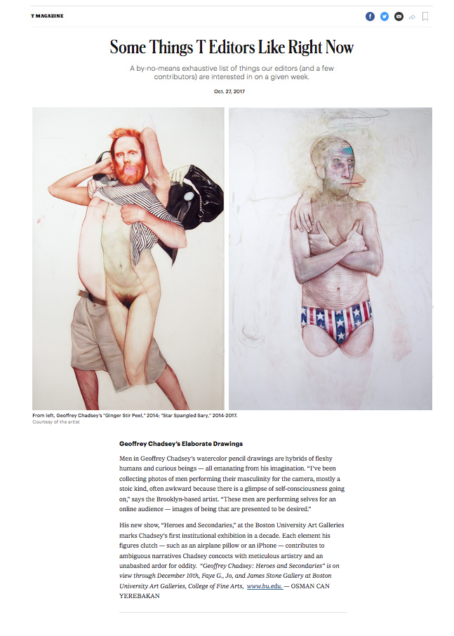