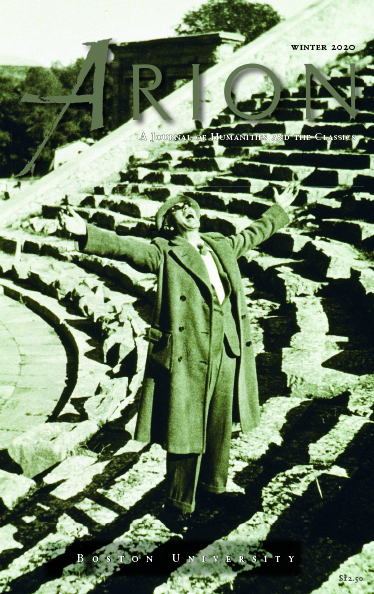 A. M. Juster translates Lactantius’s “On a Bird, the Phoenix”

Alexy D. Karenowska on the archaeology of science in the science of archaeology

Why Aphrodite has that turtle under her foot, by Carol L. Dougherty

Aqueduct display fountains in Rome and the USA, by Peter Aicher

Henry Miller and Lawrence Durrell, men of the Karaghiozi breed, by Avi Sharon

In homage to J.-P. Vernant, Froma I. Zeitlin returns to the land of the Sun

Lawrence Dugan tells what happened in the house of Zachary

A review of The Bacchae as staged by The Classical Theatre of Harlem, by Helaine L. Smith