If you’d like to learn more about aphasia, a great deal of information, news and other resources are available online. Here are some helpful sites: 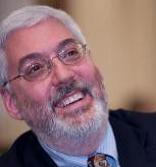 The documentary  “After Words”  was produced in 2003 by speech-language pathologist Jerome Kaplan and filmmaker/director Vincent Straggas.  It features members of the BU Aphasia Community Group, as well as performing artists Jan Curtis, Julie Harris, Bobby McFerrin, Robert McFerrin, and Patricia Neal, all of whom were affected by aphasia and related disorders.