Professor of Anthropology and Director of the African Studies Center 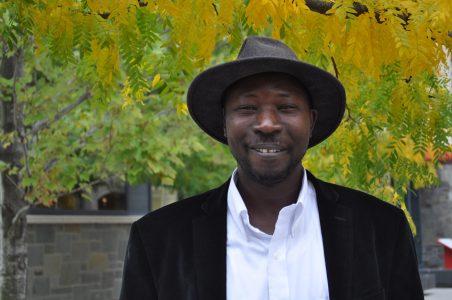 Muslims beyond the Arab World: The Odyssey of ʿAjamī and the Murīdiyya (New York: Oxford University Press, 2016).

Current Research
Professor Ngom’s research interests focus on the intellectual written histories of Africa, the interactions between African languages and non-African languages, the adaptations of Islam in Africa, and Ajami literatures (records of African languages written in enriched forms of the Arabic script) in Africa and the diaspora. His recent work focuses on Islam and grassroots literacies in Africa, and sociolinguistics and linguistic anthropology. He has held Fulbright, ACLS, and Guggenheim fellowships. His most recent research has been supported by the British Library Endangered Archives Programme and the National Endowment for the Humanities. His work has appeared in the African Studies Review, History Compass, Islamic Africa, Journal of Arabic and Islamic Studies, Journal of Multilingual and Multicultural Development, Language Variation and Change, and International Journal of the Sociology of Language. His book, Muslims beyond the Arab World: The Odyssey of ʿAjamī and the Murīdiyya (Oxford University Press, 2016), won the 2017 Melville J. Herskovits Prize for the best book in African studies.