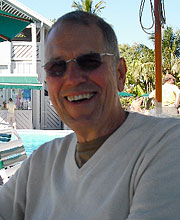 Dr. Charles Lindholm attended Columbia University for his undergraduate and graduate work. His fieldwork was in the Swat Valley of Northern Pakistan among one of the largest tribal groups in the world: the Pukhtun. There he researched the relationship between social organization and emotion, as well as politics, kinship, and the role of religion in this strongly Muslim society. His work led to an ethnographic study, Generosity and Jealousy (1982), and to a collection of essays entitled Frontier Perspectives (1996).

His book The Islamic Middle East: Tradition and Change (2003) extended arguments originally developed in Pakistan in order to argue that the Middle East, like the United States, is characterized by a pervasive ethic of equality, rendering actual relationships of authority especially fraught with tension. The comparative aspect of this book was partly based on an earlier work on the culture and history of the United States, Is America Breaking Apart? (1999, coauthored with John A. Hall). His interest in idealization and leadership also led to the publication of Charisma (1990), and to a number of articles on charismatic leadership and romantic love, as well as comparative studies of emotion.

He wrote the textbook Culture and Identity: The History, Theory and Practice of Psychological Anthropology (2001, second edition 2007). His book, Culture and Authenticity (2008), links together his research on politics and psychology by presenting various perspectives on the way authenticity is perceived and experienced today. His most recent book, entitled The Struggle for the World: Liberation Movements for the 21st Century (2010 – co-authored with José Pedro Zúquete), is a comparative study of ten very diverse social movements, demonstrating their underlying similarities. His present interests include the anthropology of emotion and the writing of life history narratives. And lying on the beach.