The Research Report is an outcome of discussions and materials first presented at a Boston University Land Mortgage Symposium in April 2016 (funded by a grant from the BU Center for Finance, Law & Policy, and facilitated by the African Studies Center). The Report includes contributions by an international group of scholars, offering interdisciplinary insights into land tenure and rural borrowing issues. Recent economic and political changes have fueled uncertainties in land access all over the world. Land property has become increasingly central to forging new social identities and modes of belonging, as well as inspiring new kinds of competition and conflict. Land mortgage has emerged as a novel tool for restructuring agrarian relations in many post-authoritarian and post-conflict societies. The papers of the collection explore the social and cultural meanings of pledging and mortgaging, and the relationships of mortgage to existing property and inheritance institutions, local credit initiatives and patterns of indebtedness, and ongoing land tenure reforms such as land titling or restitution. Special attention is on mortgage in the settings of conflict-related mobility and recent post-authoritarian transitions. The interdisciplinary collection involves productive collaboration between anthropologists, historians, economists, social geographers, and legal scholars.

The BU Center for Finance, Law & Policy Financial Inclusion workshop “Mortgage across Cultures:  Land, Finance, & Epistemology” took place on April 14 at BU African Studies Center. The all-day workshop was co-organized with the BU African Studies Center and the Anthropology Department.  The BU Working Group on Land Mortgage and Financial Inclusion studies land mortgage and its regulation in a comparative perspective, exploring how the subject of mortgaging arose in agrarian settings and how it has developed in different economies, regimes, and cultures.  The workshop included presentations by a group of renowned scholars from the United States and Europe, offering interdisciplinary insights into land tenure and rural borrowing issues. The workshop was co-organized by Daivi Rodima-Taylor, senior academic researcher of BU CFLP and research affiliate at the African Studies Center,  and Parker Shipton, a Professor of Anthropology and Research Fellow in African Studies. 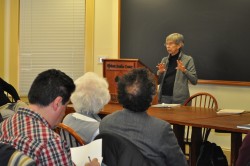 The workshop was part of the CFLP Financial Inclusion initiatives that study the access of the poor and unbanked to a better financial life. In Africa south of the Sahara, only about a fifth of the population partakes of the formal financial system through banks or comparable institutions. Many more people have access to land, and land access remains in the center of most of their livelihoods. Recent economic and political changes have fueled uncertainties in land access all over the world.  In many cases, rights-based models to land titling or restitution have failed to consider the multiple entitlements to land access that typify those settings.  Land property has become increasingly central to forging new social identities and modes of belonging, as well as inspiring new kinds of competition and conflict.  “Credit tied to land, as it turns into debt, raises complex issues not just of contract over time but also of custom, including kinship, neighborhood, and habituation,” said Parker Shipton. ”Researchers find that ambitious attempts to reform property systems and financial access together have seldom turned out as their designers or other intended participants expected.   But comparing the stories has just begun.” 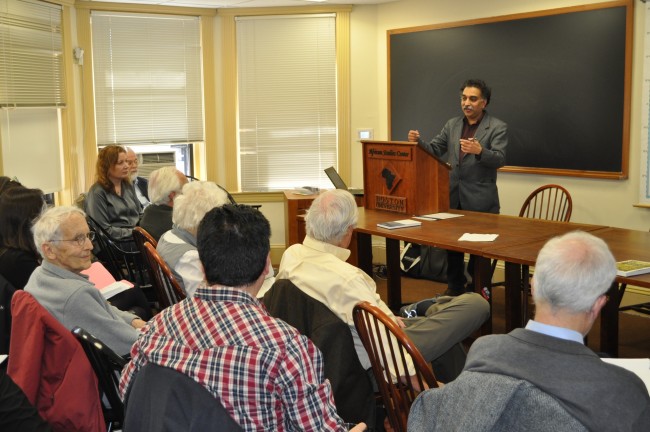 The goal of the workshop was to study these novel potentials and challenges that surround the topic of land mortgage, and to achieve a human-centered view of expanding rural financialization.  The presentations explored the topics of land mortgage from diverse angles,  including the relationships between land mortgage and land inheritance in Ghana, the issues of land taxation in Senegal, protecting the borrower in rural India, ideas of land loans and investments in Northern Uganda, the cultural construction of home as patrimony in Mexico, and reinventing land mortgage in post-socialist Romania.

The workshop participants highlighted the value of diverse interdisciplinary insights and geographical perspectives that the discussions provided.  Sara Berry, Professor of History at Johns Hopkins University, stated: “By bringing together scholars from a variety of disciplines and geohistorical perspectives in spirit of constructive discussion, the workshop was not only a learning occasion in itself, but an open encouragement to further inquiry and debate.” Anand Swamy, Professor of Economics at the Williams College, remarked: “Too much of policy discussion about economic development takes place within academic silos.  In particular, there is not enough dialogue between 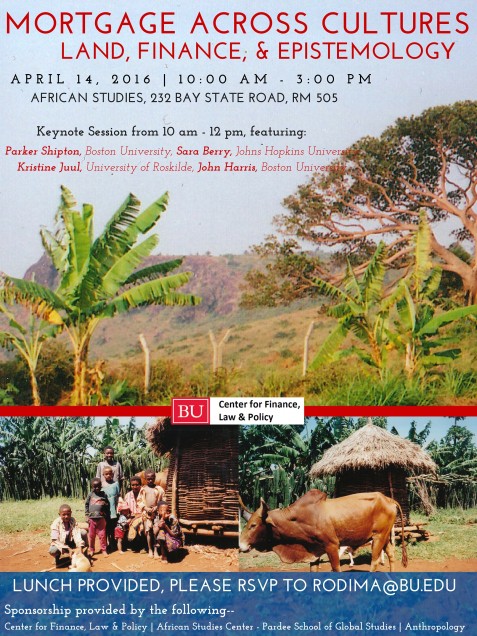 economics, with its focus on economic growth, and fields like anthropology, which highlight the ways in which economic transactions are embedded in broader social structures.  This workshop was a welcome exception.”  According to Anthropology Professor Lotte Meinert of
Aarhus University, “The diversity of the research and perspectives discussed in the workshop, but also its clear focus on the topic of land mortgage, were among its main assets. The event enabled a productive conversation between scholars from different disciplines, combining global and historical as well as local perspectives on land access and mortgaging.”

Going forward, the initiative will continue building on that diversity of interdisciplinary and geographical perspectives and combine the ethnographic as well as broader theoretical insights discussed during the sessions. Several collaborative publications of varying formats are in the works.

The discussions in this Special Forum reveal how political authority and norms of belonging are constituted and reproduced in conflict-related settings by establishing and exercising rights of resource access as well as community governance. The articles investigate the ways in which issues of land conflict impact structures and practices of authority at different levels of social interaction. Ethnographic and historical studies from Uganda, Zimbabwe, Liberia, Ghana, Cote d’Ivoire and South Africa analyze the consequences of various forms of forced mobility such as mass displacement, resettlement, and land restitution, and explore their impact on local land use, social hierarchy, political authority, kinship, and personhood.

Welcome back from Tim Longman